Hola, Book Dragons! I’m not late, I’m not late. Wednesday’s not over yet! I spent the day mostly dealing with red-tape, then cooking, then finally reading. So it’s not until now that I finally managed to drag myself from my book to do this post.

1. What are you currently reading?

END_OF_DOCUMENT_TOKEN_TO_BE_REPLACED

Hola, Book Dragons! Do you have any anticipated releases today? I got three for you today. Happy Book Birthday to these lovelies:

Synopsis:
Nestled along the bluffs of the forested coast lays the secret kingdom of the Omte—a realm filled with wonder…and as many secrets.

Ulla Tulin was left abandoned in an isolated Kanin city as a baby, taken in by strangers and raised hidden away like many of the trolls of mixed blood. Even knowing this truth, she’s never stopped wondering about her family.

When Ulla is offered an internship working alongside the handsome Pan Soriano at the Mimirin, a prestigious institution, she jumps at the chance to use this opportunity to hopefully find her parents. All she wants is to focus on her job and the search for her parents, but all of her attempts to find them are blocked when she learns her mother may be connected to the Omte royal family.

With little progress made, Ulla and Pan soon find themselves wrapped up in helping Eliana, an amnestic girl with abilities unlike any they have ever seen before—a girl who seems to be running from something. To figure out who she is they must leave the city, and possibly, along the way, they may learn more about Ulla’s parents.

Synopsis:
Take the ride of your life with the Torpedo Ink motorcycle club in this thrilling romance novel from #1 New York Times bestselling author Christine Feehan.

Torpedo Ink is Aleksei “Absinthe” Solokov’s whole life. They’re his brothers, his family—his everything. But that doesn’t stop him from wanting something that only belongs to him. That’s why the tough biker has spent the last six weeks at the library, reading every book he can get his hands on and watching the prim and proper librarian who makes his blood rush.

For the past six weeks, Scarlet Foley has been fantasizing about the handsome, tattooed man whose eyes follow her every move. She senses he’s dangerous. She wants him to get close enough to touch. She wishes she could let him know the real woman, not the one she pretends to be. But Scarlet has a plan to carry out, and she can’t afford any distractions.

Absinthe is well aware that Scarlet is hiding something. She’s a puzzle he intends to solve, piece by intoxicating piece….

3. The Damned (The Beautiful #2) by Renée Ahdieh

Synopsis:
Following the events of The Beautiful, Sébastien Saint Germain is now cursed and forever changed. The treaty between the Fallen and the Brotherhood has been broken, and war between the immortals seems imminent. The price of loving Celine was costly. But Celine has also paid a high price for loving Bastien.

Still recovering from injuries sustained during a night she can’t quite remember, her dreams are troubled. And she doesn’t know she has inadvertently set into motion a chain of events that could lead to her demise and unveil a truth about herself she’s not quite ready to learn.

Forces hiding in the shadows have been patiently waiting for this moment for centuries. And just as Bastien and Celine begin to uncover the danger around them, they learn their love could tear them apart.

What about you guys? Are these books on your TBR?

Hola, peeps! No, I did not forget to do my post for Music Monday. I just didn’t get time until now. It’s been a long day and it’s kind of a blur in my head. I can’t really figure out if I did anything productive or not, lol. But I heard this song on the radio today and I really loved it. Hope you enjoy it as much as I did.

Hey, Book Dragons! What has your day been like? Mine’s been filled with chores. And I’m tired. Not just physically, but I feel weary to my soul. Tell me something nice. 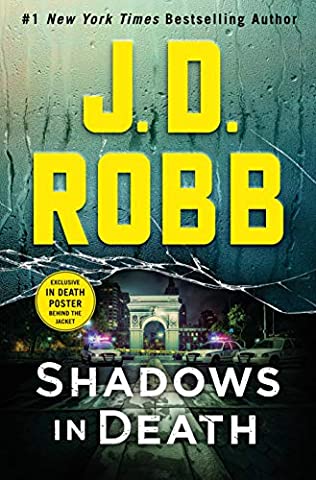 It’s hard to believe I’ve been a big fan of Nora Roberts/J.D. Robb for more than 16 years.
END_OF_DOCUMENT_TOKEN_TO_BE_REPLACED

Hola, Book Dragons! First day of July! Have you planned your TBR yet or are you thinking of winging it? Lol 😉 I haven’t read much these past two days. Hopefully I can read some more this week.

1. What are you currently reading?

Hola, Book Dragons! Do you have any anticipated releases today? I got one for you today. TBH, I haven’t read the series yet but I plan to, hopefully, this year.

Synopsis:
From the bestselling co-author of the Illuminae Files comes the thrilling finale in the LIFEL1K3 trilogy–hailed by Marie Lu as “a breathless, action-packed exploration of what humanity really means.”

Best friends have become enemies. Lovers have become strangers. And deciding whose side you’re on could be the difference between life and death. For Eve and Lemon, discovering the truth about themselves–and each other–was too much for their friendship to take. But with the country on the brink of a new world war–this time between the BioMaas swarm at CityHive and Daedalus’s army at Megopolis, loyalties will be pushed to the brink, unlikely alliances will form and with them, betrayals. But the threat doesn’t stop there, because the lifelikes are determined to access the program that will set every robot free, a task requiring both Eve and Ana, the girl she was created to replace. In the end, violent clashes and heartbreaking choices reveal the true heroes . . . and they may not be who you think they are.

What about you guys? Is this book on your TBR?

END_OF_DOCUMENT_TOKEN_TO_BE_REPLACED

Hola, peeps! Monday-Funday (Not). Hey, you guys, do you like movie scores? Ever since I can remember, I’ve loved movie scores. Pacific Rim’s score is one of my favorites. Enjoy! 🙂

Hola, Book Dragons, how are you? Whatcha reading? I started the first book in the Trylle series by Amanda Hocking – Switched.

Do you have a NetGalley account? If you do, you know how some books are “Wish For It” only. I have no idea why that is. Do you? Well, for the first time ever, a publisher granted one of my wished books – The Morning Flower (The Omte Origins, From the World of the Trylle) by Amanda Hocking. So of course, I have to read the Trylle series before I start on this new series. 🙂

Undercover Bromance is the story of the man who started it all, Braden Mack. We first meet him and the feisty Liv Papandreas in The Bromance Book Club, where they clash over Chinese food, which results in Liv disliking him. Then as life often tends to do with people you don’t want to meet but who end up on your path just to annoy you, Mack and Liv meet again, in a situation that ends up with Liv catching her boss red-handed in sexual harassment and losing her job. END_OF_DOCUMENT_TOKEN_TO_BE_REPLACED