What about you guys? Any new releases you’re anticipating today? 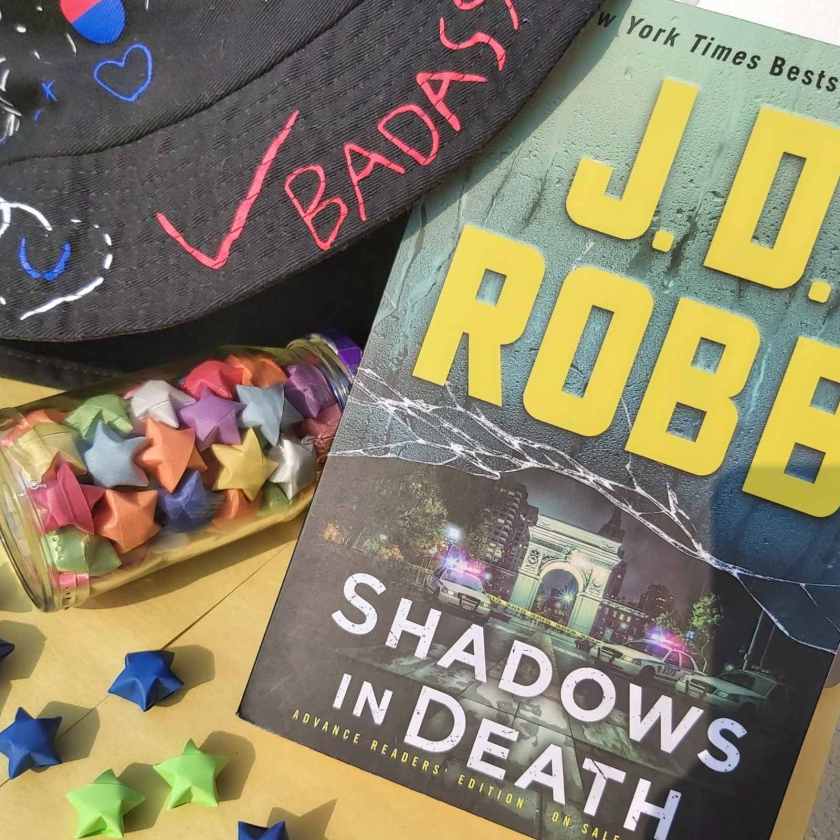 This is another review that I haven’t been too keen to write. It’s not that I didn’t like the book but it wasn’t the dynamic, mastermind of a story I’d expected it to be with a nefarious part of Roarke’s mysterious and dangerous past rearing its ugly head. I remember how excited I was about this book but it pretty much tanked for me.

Shadows In Death started out well but Eve’s opponent this time, a blast from Roarke’s past, turned out to be a disappointment instead of a cunning criminal. I mean, Eve’s previous cases had criminals who escaped the law through convoluted, clever plans and Eve and Roarke still bested them. But here comes this low-life crook who only has luck on his side and everyone’s stumped? This was disbelieving to me on so many levels.

Other than that, I enjoyed the solidarity and loyalty of all the cops of the homicide division. The show of integrity made the book worth reading but if I wasn’t such a die-hard fan of the In Death series and I didn’t know the characters, my rating would have been less.

From the first time I read Naked In Death, I was hooked. To say that the In Death series is one of my favorite series is like saying water’s wet. This series became close to my heart, a part of me. Eve and Roarke’s story changed my life for the better, made me stronger.

The previous installment to the series, Shadows In Death was a disappointment when I had so much expectation over it and it left me with a worry that the newer installments would be equally as disappointing but I need not have worried.

I’ve followed Eve and Roarke’s journey from the first book to this latest addition, Faithless in Death, which I just read for the second time. It’s that good.

Eve’s latest case started out as a usual murder only to branch out in twisting, convoluted paths. I have to say that this is the kind of case that suits Eve Dallas and not the one in Shadows In Death.

I loved seeing my favorite characters in Faithless In Death and the interactions alone made this book priceless to me. I enjoyed the fantastic surprise, but no worries, I’m not giving away any spoilers.

As the case progressed, my heart went out to the victims. I couldn’t help but empathize with them over everything they suffered. I was right there with Eve & Roarke, all the cops in the homicide division, with all my favorite characters as they sought justice for the innocents who couldn’t protect themselves.

The ending chapters, that fantastic scene between Eve and Roarke delighted me. Faithless In Death showed all the values throughout the entire series—the integrity, loyalty, love, strength, the fight for justice—and was an absolute pleasure to read.

Faithless In Death was released on February 9th 2021.

11 times and this book is still as much fun as the first time I read it.

Whenever I need a pick-me-up, I grab Treachery ID because it never fails to lift up my spirits and put me back into fighting mode. I love the In Death series but I definitely have a soft spot for Treachery ID. This book shows a clear result of Eve’s character growth, how much she’s changed since Roarke came into her life. The core of her—strength, honor, courage—strengthened and deepened with love and friendship and the camaraderie of her fellow cops. END_OF_DOCUMENT_TOKEN_TO_BE_REPLACED 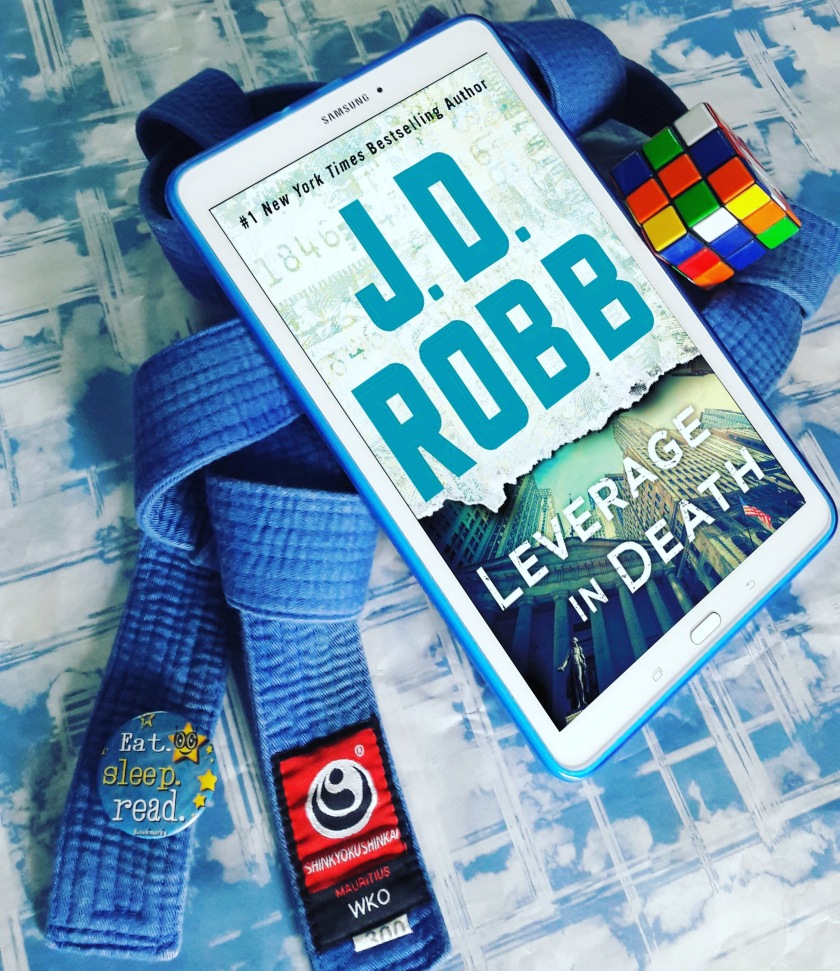 One of the reasons I love September is with this month we get a new release in the In Death series. Even after 47 books, I still love it. So I’d absolutely recommend the series.

Eve’s latest case was as frustrating for me as it was for her. Usually, with the murder cases, I can try to use the clues to figure out the who and why. There are connections in each case that link to the murder. That was not so in Leverage ID. How do you find a killer when there seems to be no visible connections at all? END_OF_DOCUMENT_TOKEN_TO_BE_REPLACED

Devoted In Death featured  two killers who twisted the concept of real love with their sick little hobby. Somehow, J.D. Robb portrays the worst of humankind – Ella Loo and Darryl’s joy in murder and the degradation of others  sickens. At the same time, the best of mankind is also portrayed – dedicated cops like Eve who care and don’t give up, who work hard so that justice triumphs after all. Life has more than the bad in it. The good and evil of it. END_OF_DOCUMENT_TOKEN_TO_BE_REPLACED

The first time this book came out, I read it, enjoyed it and had an amnesia episode where I forgot all about it. Several months later, I check when the next ID book will be out, I see Obsession ID and I can’t believe how I could have missed reading it. So I get the book and halfway through it, realize that I was still a die-hard ID fan (in spite of my short amnesia episode) and hadn’t missed the release of this book after all. END_OF_DOCUMENT_TOKEN_TO_BE_REPLACED 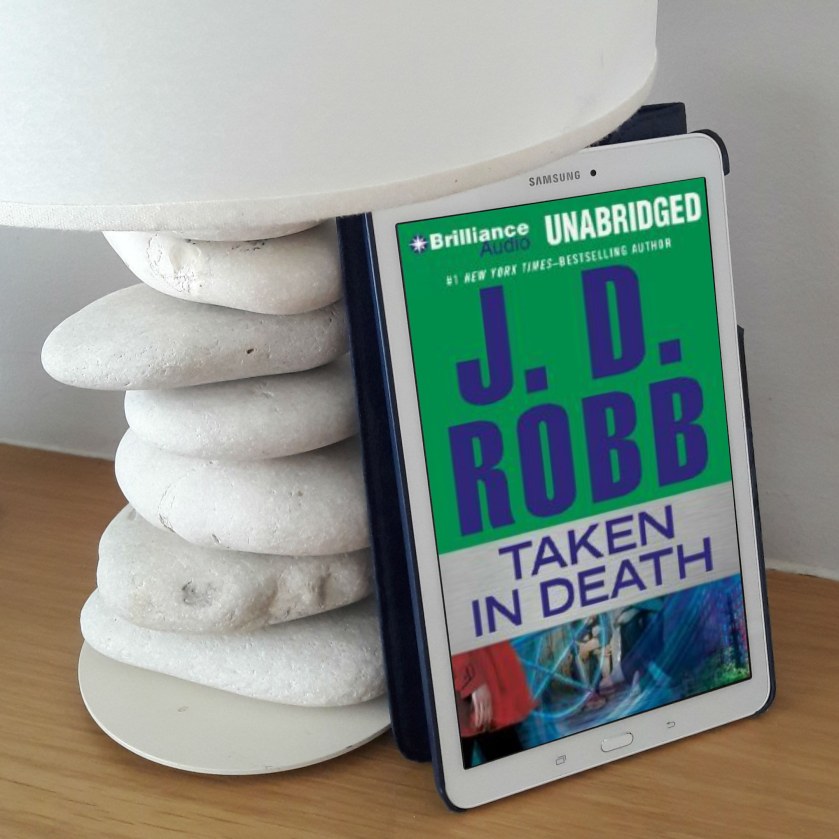 Out of all the In Death novellas, Taken ID has to be my favorite. It’s a smart retake of the fairy tale, “Hansel & Gretel” with a futuristic slant, a dash of high tech and a kickass heroine with a penchant for sarcasm. END_OF_DOCUMENT_TOKEN_TO_BE_REPLACED

I don’t know if it was my depression or if I was just missing Eve and Roarke so much but I badly wanted to revisit with the books.

I can’t believe I finished the latest book (Dark In Death) yesterday! 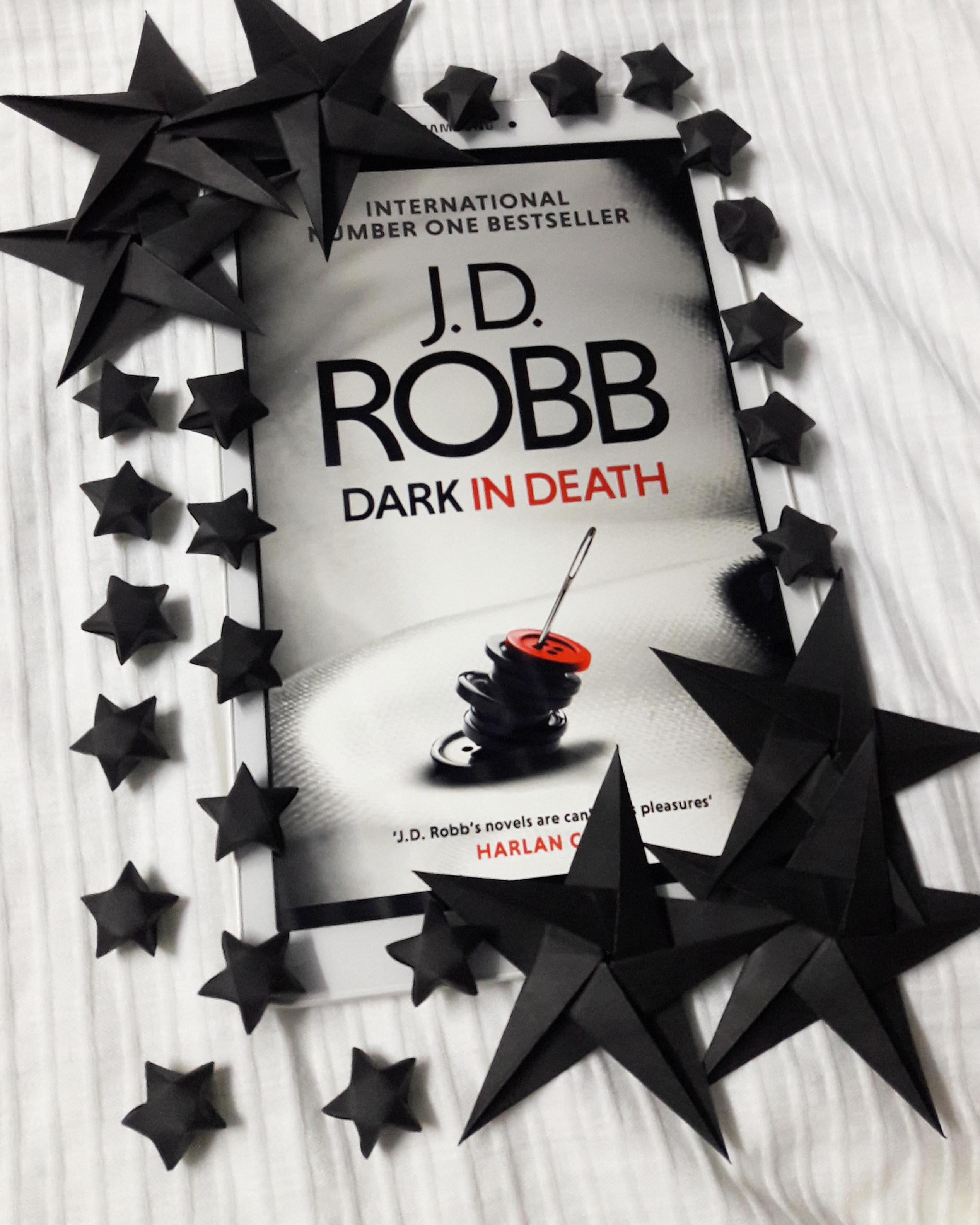 Wow, it’s been a fantastic journey. I got to re-read all my favorite scenes, play catch-the-killer, bet with myself if I remembered who the killer was or not.

You would have thought re-reading the series would get stale but it was the opposite. I devoured each book even more than if I’d read it the first time. I enjoyed all the scenes, laughed out loud at the funny interactions. God, I can’t believe that journey is at an end. It feels like the end of an era. (melodramatic much? 😉 )

Will I get the same feelings when I read other books now? Or will I hit another book slump? There are so many new books out this month that I’ve long been waiting for and I’d hate to fall into another reading slump.

I’m a bit sad I finished the re-read of the books but I’m also glad at the same time that I finished before the newest installment in the series, Leverage In Death,  which will be out next week on 4 Sept. I can’t wait!

Who will be in the spotlight today? Eeny Meeny Miny Moe. Ooh, how about one of my favorite crushes? 😉