It’s time to create a new book tag. Yay! To all Kdrama lovers out there who are also book dragons (like me), this is for us.

I’m leaving the number of bookish prompts at ten only, so it won’t be a long post to do. However, when you do your tag, if you want to add some of your favorite Kdramas which are not featured in this list, you’re more than welcome to. Just add a corresponding bookish prompt to the Kdrama you want to include and voila!

How to participate in the book tag:
1. Credit the creator of this tag (Me! 😉 ) and link back.
2. Answer the prompts to the best of your ability.
3. Most important of all, enjoy yourself! 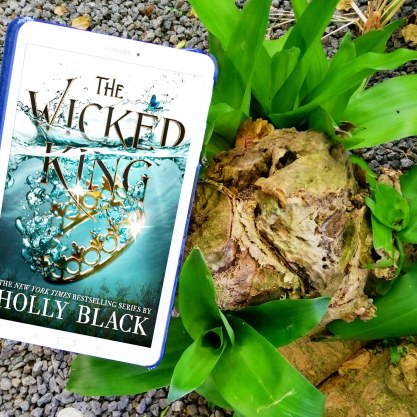 Cardan is wicked, annoying and gorgeous. How can he not fit all 3 criteria? 😉

2. Goblin – Guardian – The Lonely and Great God — (Magic and Mayhem)

I’m going with Sapphire Flames for this one. The Hidden Legacy series is one of the coolest out there on magic with the most original plot-lines. And the mayhem? Something’s always going boom in the stories lol

3. While You Were Sleeping — (Clairvoyance/Dreams)

Another of my favorite trilogies by Nora Roberts. Sasha is plagued with clairvoyance and her dreams show her the truth and the future, leaking into her paintings.

I haven’t read these books yet but they look like good YAs on athletes. 🙂

I was gonna go with a Nora Roberts series for this prompt but I recently read this gem and how can a book with 10,000 Doors that lead to 10,000 worlds not fit this prompt? 😉

6. The Legend of the Blue Sea — (Mermaids/Past lives) 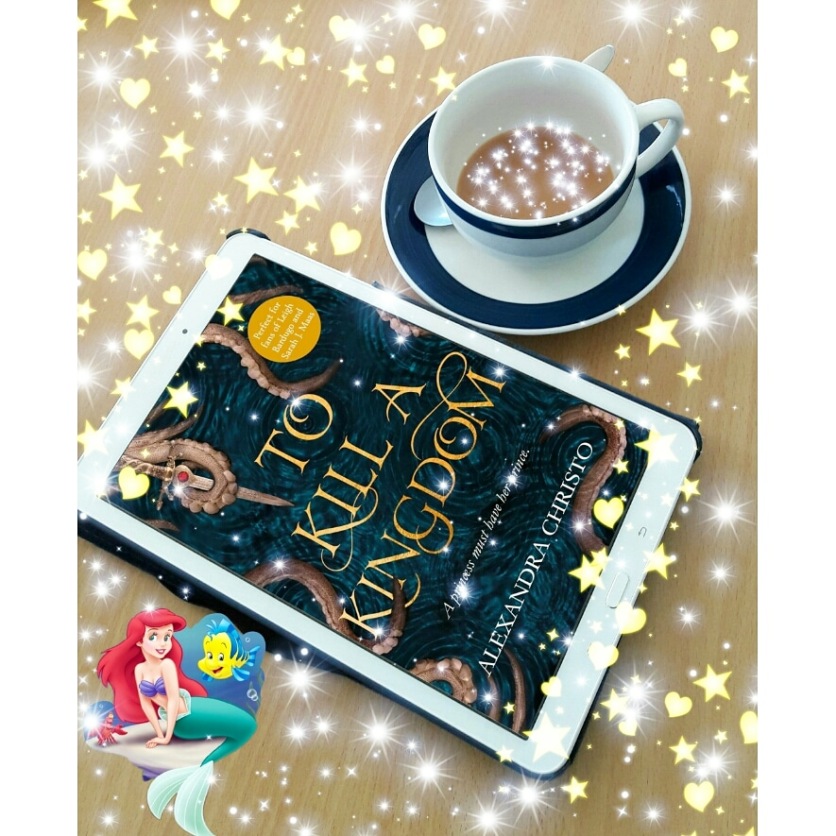 Synopsis: Princess Lira is siren royalty and the most lethal of them all. With the hearts of seventeen princes in her collection, she is revered across the sea. Until a twist of fate forces her to kill one of her own. To punish her daughter, the Sea Queen transforms Lira into the one thing they loathe most—a human. Robbed of her song, Lira has until the winter solstice to deliver Prince Elian’s heart to the Sea Queen or remain a human forever. The ocean is the only place Prince Elian calls home, even though he is heir to the most powerful kingdom in the world. Hunting sirens is more than an unsavory hobby—it’s his calling. When he rescues a drowning woman in the ocean, she’s more than what she appears. She promises to help him find the key to destroying all of sirenkind for good—But can he trust her? And just how many deals will Elian have to barter to eliminate mankind’s greatest enemy?

I was trying to find a story with past lives that fit this Kdrama but I can’t remember so mermaids it is. 😀

A powerful Irish sorcerer from the year 1128 sent to the future to fight against vampires. This is one of my favorite trilogies by Nora Roberts. 💙💙💙

Synopsis: THE BALANCE OF POWER HAS FINALLY TIPPED… The precarious equilibrium among four Londons has reached its breaking point. Once brimming with the red vivacity of magic, darkness casts a shadow over the Maresh Empire, leaving a space for another London to rise. WHO WILL CRUMBLE? Kell – once assumed to be the last surviving Antari – begins to waver under the pressure of competing loyalties. And in the wake of tragedy, can Arnes survive? WHO WILL RISE? Lila Bard, once a commonplace – but never common – thief, has survived and flourished through a series of magical trials. But now she must learn to control the magic, before it bleeds her dry. Meanwhile, the disgraced Captain Alucard Emery of the Night Spire collects his crew, attempting a race against time to acquire the impossible. WHO WILL TAKE CONTROL? And an ancient enemy returns to claim a crown while a fallen hero tries to save a world in decay.

Synopsis: Kell is one of the last Antari—magicians with a rare, coveted ability to travel between parallel Londons; Red, Grey, White, and, once upon a time, Black. Kell was raised in Arnes—Red London—and officially serves the Maresh Empire as an ambassador, traveling between the frequent bloody regime changes in White London and the court of George III in the dullest of Londons, the one without any magic left to see. Unofficially, Kell is a smuggler, servicing people willing to pay for even the smallest glimpses of a world they’ll never see. It’s a defiant hobby with dangerous consequences, which Kell is now seeing firsthand. After an exchange goes awry, Kell escapes to Grey London and runs into Delilah Bard, a cut-purse with lofty aspirations. She first robs him, then saves him from a deadly enemy, and finally forces Kell to spirit her to another world for a proper adventure. Now perilous magic is afoot, and treachery lurks at every turn. To save all of the worlds, they’ll first need to stay alive.

Synopsis: It has been four months since a mysterious obsidian stone fell into Kell’s possession. Four months since his path crossed with Delilah Bard. Four months since Prince Rhy was wounded, and since the nefarious Dane twins of White London fell, and four months since the stone was cast with Holland’s dying body through the rift–back into Black London. Now, restless after having given up his smuggling habit, Kell is visited by dreams of ominous magical events, waking only to think of Lila, who disappeared from the docks as she always meant to do. As Red London finalizes preparations for the Element Games–an extravagant international competition of magic meant to entertain and keep healthy the ties between neighboring countries–a certain pirate ship draws closer, carrying old friends back into port. And while Red London is caught up in the pageantry and thrills of the Games, another London is coming back to life. After all, a shadow that was gone in the night will reappear in the morning. But the balance of magic is ever perilous, and for one city to flourish, another London must fall.

This was a really great YA Contemporary where the main character lived only for revenge until she learned better. I loved this book!

10. Descendants Of The Sun — (Soldiers/Duty)

Synopsis: It was a stab in the dark. On a chilly February night, during a screening of Psycho in midtown, someone sunk an ice pick into the back of Chanel Rylan’s neck, then disappeared quietly into the crowds of drunks and tourists in Times Square. To Chanel’s best friend, who had just slipped out of the theater for a moment to take a call, it felt as unreal as the ancient black-and-white movie up on the screen. But Chanel’s blood ran red, and her death was anything but fictional. Then, as Eve Dallas puzzles over a homicide that seems carefully planned and yet oddly personal, she receives a tip from an unexpected source: an author of police thrillers who recognizes the crime—from the pages of her own book. Dallas doesn’t think it’s coincidence, since a recent strangulation of a sex worker resembles a scene from her writing as well. Cops look for patterns of behavior: similar weapons, similar MOs. But this killer seems to find inspiration in someone else’s imagination, and if the theory holds, this may be only the second of a long-running series. The good news is that Eve and her billionaire husband Roarke have an excuse to curl up in front of the fireplace with their cat, Galahad, reading mystery stories for research. The bad news is that time is running out before the next victim plays an unwitting role in a murderer’s deranged private drama—and only Eve can put a stop to a creative impulse gone horribly, destructively wrong.

Eve Dallas from the In Death series is all about duty and justice. She’s one of the best kickass heroines with the strongest integrity and sense of duty I’ve ever come across. She’s my idol. 💙💙💙

Even if you don’t watch Kdramas, you can still do the book tag. Anyone who wants to try it, feel welcome to. Have fun!

I'm a die-hard Book Dragon and also an advanced introvert. My blog's about books, books and more books. (yep, that was easy) I might, from time to time, write about life and its vagaries. I like taking pictures of books and doing origami and cross-stitch. View All Posts