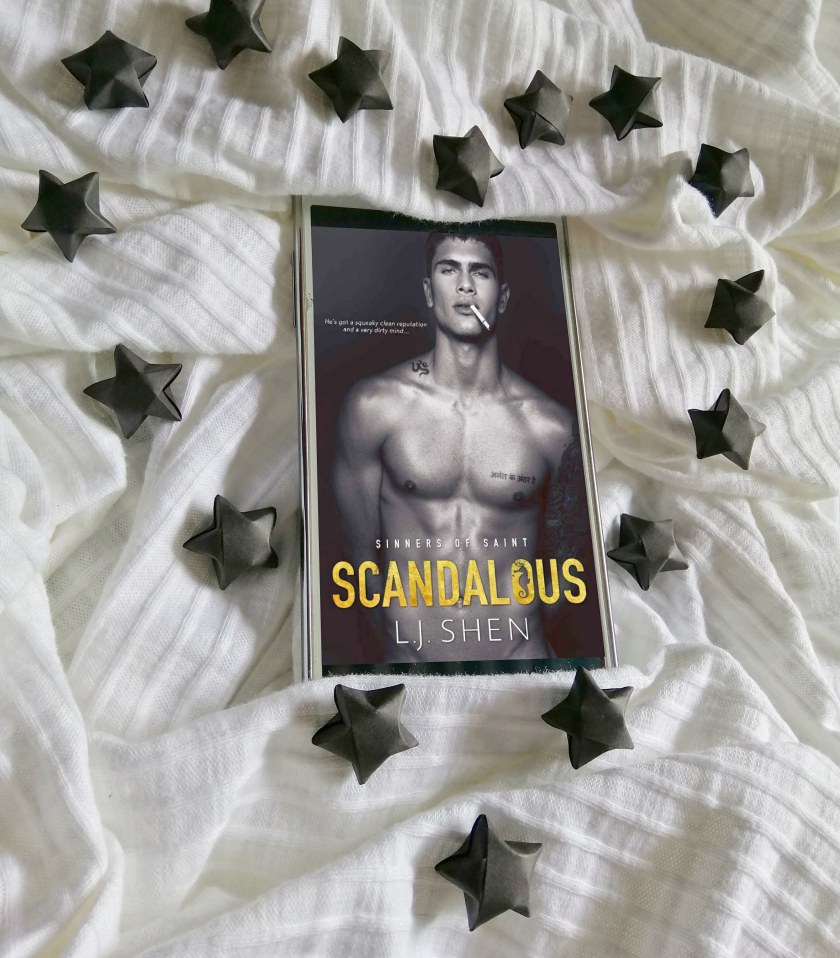 I’ve had a thing for forbidden romances since as long as I can remember, excluding Romeo and Juliet however, because that was just plain a tragedy that could have been avoided. But I digress. I saw Scandalous, checked out the synopsis and I had to read it. Even though it was the third book in the Sinners of Saint series and I had yet to read the earlier books, it was Trent and Edie’s story I wanted to know most.

Trent lived up to his reputation as the gorgeous, bad-ass, ruthless, rich jerk who didn’t take any crap from anyone. He was the enigmatic bad boy who’s hard to resist, the stoic guy worried about the well-being of his daughter. I loved his character. He knew who he was and didn’t make any apologies for his actions.

Edie with her own crappy life to deal with. For an 18yo, she shouldered the burdens and responsibilities that would have felled a weaker person. She had her worries and fears but she showed a strong and sassy face to the world. God, my heart went out to her every time she had to deal with her douchebag of a father.

I loved the various characters, with their complicated messy lives. Trent’s daughter was adorable, a real sweetie. Best of all, the rawness of the main characters came through the page with such clarity, it hit me like an emotional rollercoaster.

Not once did I feel like Trent was too old for Edie or that Edie was too young for him. Both of them had a lot of bad stuff to deal with and they found a kinship with each other. Edie’s experiences gave her a level of maturity that defied her young age and made her strong enough to be the partner of someone like Trent.

In addition, for a romance book, the plot twists were fantastic and really well-done. This was my first book by L.J. Shen and I loved her writing. It was so raw and emotional, I read this book in one sitting. I just couldn’t put it down.

I'm a die-hard Book Dragon and also an advanced introvert. My blog's about books, books and more books. (yep, that was easy) I might, from time to time, write about life and its vagaries. I like taking pictures of books and doing origami and cross-stitch. View All Posts