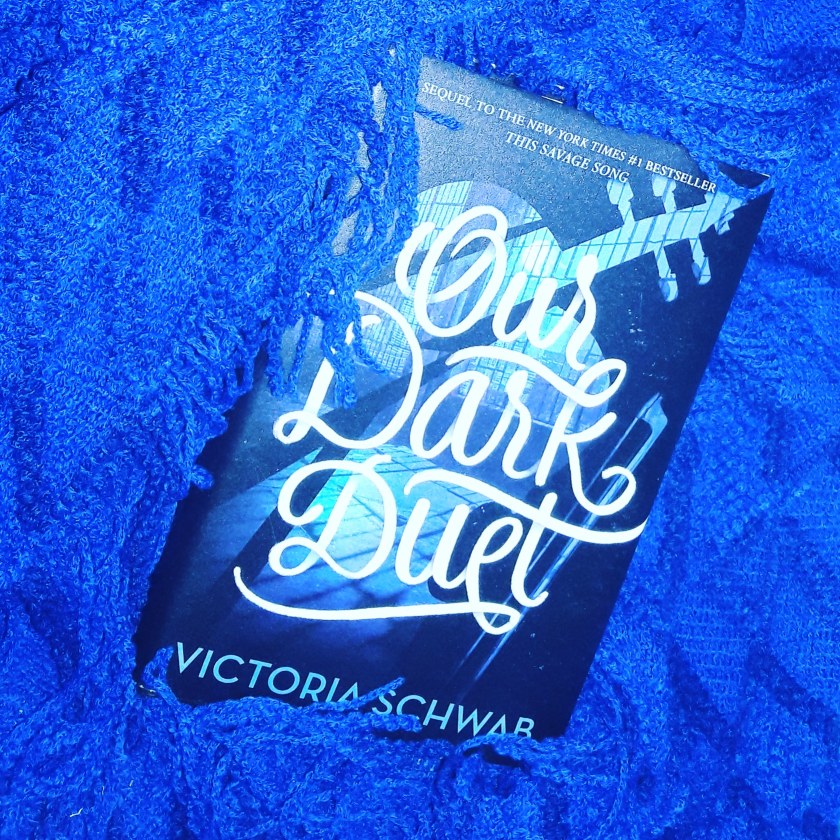 I read this book over two weeks ago and ever since I’ve been trying to find words to express how hard Our Dark Duet hit me. I loved This Savage Song but Our Dark Duet gripped my heart and devastated me.

The events of This Savage Song had changed both August and Kate in different ways, forced them to grow up before they had to. And they had to do that growing up apart.

I hated that they were separated, that they were both hurting and living hard lives. I don’t know what I expected when I started this book, but I did want August and Kate to be together again.

Kate was stronger and the life she’d chosen for herself took a lot of courage and strength. To be able to do that instead of just forgetting Verity completely? That took valor.

August was stronger too, but severe in a way. It was hard to watch him go down his path, to keep going on in the face of a losing war. To become colder.

The new monsters were so freaky. Both the new Sunai and the Malchai that Kate’s act had created. I loved the plot-line, the strategies used by the Malchai. It was brilliant.

The ending ripped my heart out but I think that’s the kind of ending this book demanded. Verity was a dark place, the world full of monsters. How could it have ended any other way?

I'm a die-hard bibliophile and I'm also an introvert. My blog's about books, books and more books. (yep, that was easy) I might, from time to time, write about life and its vagaries. I like taking pictures of books and doing origami. View All Posts